There’s a problem in this country. No, it’s not the latest in celebrity break ups. (sorry Hollywood) And it isn’t whether Johnny Football is overrated (hint: he is). No, this problem touches everything, public relations included.

That problem is working with a diverse population. But what makes a population diverse? I guarantee your first thought was race or ethnicity, followed closely by gender or sexual orientation. Yes, you are right. But it is more than just those four points.

Beyond socio-economic status and even religious and cultural viewpoints, there is a side of diversity no one talks about. That unseen and rarely discussed side is disabilities. Whether you have a disability yourself, I can also guarantee this: You know someone with a disability. So look at the issue like you look at Facebook impressions. If you gain three friends to your current 1,000 and one of those three has a disability, the impression of that person can now be relayed to your other thousand-plus friends.

What exactly does this mean for you and the public relations profession? Four things:

1)    There is a vast market that isn’t even considered. According to a report by Christina Ng of ABC World News, one in five Americans have a disability with spending power for this group estimated to range between $200 billion to $500 billion. [2] Quite a hefty purse that isn’t being sought by your client or employer.

2)    Don’t offend one fifth of the American population. This includes those with mental illness, which is included under ADA regulations. Let’s just say Burger King wasn’t up for any awards with the “The King Gone Crazy” campaign. Take a look at their campaign.

3)    People with disabilities have families too. And that is only now in the last couple of years starting to spark some light in the public relations and marketing industry. Carol Cone, then Edelman’s Managing Director for brand and corporate citizenship (now Edelman’s Global Practice Chair, business + social purpose) stated in an Andrew Adam Newman New York Times article from October 2013 regarding a mental illness PSA, “Instead of focusing on a person with the issue, [the PSA] focusing on family members has a lot of resonance because the whole issue of mental illness is about, not just the person who is affected, but rather the whole ecosystem. They’re riveting.” [3] So, you aren’t just targeting and affecting those with disabilities, but their friends and family too.

4)    Finally, and this loops back to number one, commercials dealing and pitching to the disabled can be more than just your average PSA. But most companies just don’t go there. Apart from a few campaigns, such as Guinness’s wheelchair basketball commercial, advocates say the disabled are being left in the marketing dark. For a $200 billion to $500 billion populace, this is astounding.

But it still isn’t exactly perfect yet. In the same World News article, Nadine Vogel, president of Springboard Consulting, a company that consults on how to market to people with disabilities, stated, “In general, nobody is really doing a great job. We could go through every single industry and we could pinpoint where the opportunities are in each and every one and that’s just being ignored.” [2]

I’ve identified the problem turned into an opportunity. Now what are you going to do? 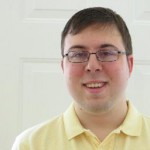 Wes Trainum is the IT and Social Media Specialist at Bob Ross Auto Group in Centerville, Ohio. Wes graduated from University of Dayton, where he was an active member or PRSSA, and now PRSA. Though dealing with mental illness, Wes still enjoys time spent working in his field and travelling. Continue the conversation with Wes over on Twitter and connect with him on LinkedIn.