In an age where established corporations are challenged by Internet startups and consumers order dinner on their smartphones, every industry is learning to adapt to modern advances in digital technology. In fact, industries are finding ways to harness these developments and capitalize on them.

Public relations is naturally at the forefront of this ever-changing landscape. A discipline responsible for communicating with diverse audiences needs to be where those audiences are and speaking their language. This change applies not only to mass consumers, but also to information and content gatekeepers – another role that has been transformed, not nullified, by the Digital Age.

As traditional media shifts, traditional media relations is feeling some growing pains as well. One of the basic tactical issues PR has to deal with is whether the press release is dead or alive. After all, it’s true that PR has evolved far past the elements conventionally associated with it. Modern campaigns commonly involve social strategies and larger-than-life activations that blur with what’s historically been seen as marketing territory. So it’s only natural that we pause to question whether press release dissemination – sometimes scorned as a pesky push tactic – is still relevant.

The truth is, no matter what you call it or what form it takes as digital continues to evolve, the function of the press release is, and always will be, needed.

Think about it like this. Scores of additional media targets have cropped up as the digital space expands. There are all sorts of individuals you might want to reach, from social media influencers to bloggers, that are increasingly difficult to differentiate from traditional journalists. Everyday consumers have been elevated to the level of news editors, as social media and consumer reviews live in the same space as the journalistic pieces we’ve always thought of as “media.”

It’s a tricky landscape to navigate, but success ultimately boils down to your ability to hold an early, active and formative role in telling and shaping your own story (or likely your organization’s or client’s story). Of course there are many ways to do this, like driving traffic to your site’s media center, fostering a social dialogue or sparking word of mouth interest. These methods are all good things, but the tried-and-true strategy of directly targeting those individuals who are writing and talking about you is still as effective as ever.

A press release is an opportunity to tell your organization’s story with the added credibility of your own proactive authority and voice. There will always be a need to do this, even if the look and sound of it changes from a standard document to a video pitch.

But just because the press release is a timeless PR tool does not mean we can let our approach to it stagnate. The Digital Age has altered the basis of what makes an effective pitch.

To really grasp this, we need to think more like journalists than ever. Keep in mind that their reality is shifting a swell. The 24/7 news cycle is morphing into more of a speed-of-light operation, and journalists are now expected to develop content for traditional outlets, websites and social media. In short, they are the busiest they’ve ever been.

On top of this, easy access to digital information and dissemination has created a much higher volume of incoming pitches. After all, just about anyone can write a pitch and blast it to contacts with a few clicks of Mail Merge. Journalists are weeding through an unprecedented amount of information that’s being hurled their way.

These trends aren’t going anywhere, so we need to be mindful of them as we craft our press releases. The demand for substance is higher, as the digital shift has ushered in a keen focus on content curation and has removed all tolerance for self-promotional language that gives neither journalists nor consumers what they’re seeking. The information inflation highlights the need for credible communication, and that’s exactly what you and your press release are positioned to deliver.

Besides the basics of thinking like a journalist and answering the questions you anticipate them asking – yes, the five W’s and all – you can take several steps to implement new digital trends that will help your press release cut through the clutter.

The form of the press release might change, but the facts, stats and newsworthiness still need to be there. There will always be a need for stories, as long as you know how to drive your story home.

How about you? What’s your take on press releases in the Digital Age? 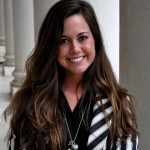 Keri Cook works with Hill+Knowlton Strategies’ consumer marketing practice in New York. She graduated from Liberty University with a bachelor’s degree in communication studies and writes on topics ranging from media relations to marketing trends, to corporate strategy and crisis communications. While completing her undergrad, Cook was named PRWeek’s 2012 Student of the Year.