Every once in a while I am stopped at a conference by someone who classifies himself as “non-diverse.” I quickly ask him why he thinks that’s relevant. And, then, the answer I’m hearing too often — “I’m a white, middle-aged guy … I’m the new minority!”

According to research, that’s not the case. But research is also telling us, no, shouting at us that diverse markets are growing at a faster rate than non-diverse markets, in some cases claiming double-digit growth.

That was confirmed by the last U.S. Census findings, which revealed that the U.S. Hispanic market, for example, is the new majority market among minorities. And if the Census predictions hold true – they have been conservative for the last 30 years, by the way – one in every four Americans will be Hispanic or of Hispanic descent within the next 20 years; and nearly 50% of America will be self-classified as diverse.

How we communicate with changing audience demographics couldn’t be more relevant to public relations professionals today. But let’s be clear about one thing: you don’t need to classify yourself as “diverse” to excel in multicultural PR.

I first learned this lesson as a reporter. I was covering the Latin America economy of the mid-to-late 80s, when President Ronald Reagan made his “Reaganomics” famous around the world. There was a great influx of immigrants from all of Latin America and the Caribbean, and as projected, this would also influence media and consumption patterns.

My editor assumed that simply because I was of Hispanic descent, I would understand the reasons for the immigration, and more importantly, the reasons for the downward spiral of the Latin American economies. Unfortunately, what my editor didn’t understand is that just because you know one diverse culture doesn’t mean you understand a similar culture.

So, I had to conduct a lot of research on Latin America, speak to experts on Latin American politics, religion and finances, interview professors who understood immigration and provided historical context, and even visit Latin America countries. I had to learn about these multicultural audiences so that I could write intelligently about them.

The same holds true for getting started in multicultural PR. First, begin by researching the specific culture, and if you can specify a geographic region within the culture, that’s much better. For example, if you need to communicate with Asian Americans, to understand the market, you’d be better suited understanding it by region. Although there are binding influences such as religion, Asian Americans in New York hail from different places and have different customs and practices from those in the West Coast. That also goes for different levels of acculturation.

Then, speak to experts on the market itself. A good source for this is academia. Contact the local college or university, and ask to speak to a professor who would have this insight. PRSA membership can be very helpful with this. If the professor is a PRSA member, he/she will be more likely to help another PRSA member.

Next, speak to experts in the industry you’re trying to address. I’ve always found it rather easy to find a local banker or a local healthcare worker who is willing to speak to me about understanding their specific market.

Another avenue is local political strategists or public affairs specialists. They are well versed in their communities and can be helpful in assessing specific qualities of a market segment. If neither of those is feasible, then contact the local economic development organization. This is usually a public/private entity, which is focused on bringing business to its community.

Through this background work, you’ll be able to gather a framework on a specific multicultural market, and you’ll be ready to immerse yourself in that market, which is my last recommendation. Go live it! You’ll find yourself welcomed into a different culture, and that will give you the opportunity to ask questions to make you an even better communicator. Just keep an open mind, and don’t assume anything.

I have followed this path for a number of endeavors targeting different markets, and as result, I’ve been part of several successful multicultural initiatives including the Martin Luther King Jr. Day Parade, the Organization of Chinese-Americans’ Benefit for the Homeless, and the Budweiser Fest benefiting the United Negro College Fund. Each provided me an opportunity to gain insight on a different multicultural market.

Most important of all is understanding that diversity does not equal expertise in multicultural PR. Just because a professional is of diverse background or even be able to speak a different language, he or she may not be equipped in understanding the cultural nuances of multicultural communications. 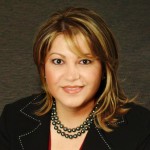 Rosanna M. Fiske, APR, is GSC program director and associate professor of advertising and public relations at South Florida’s largest public research university, Florida International University (FIU) and immediate past chair of PRSA.  With more than 20 years of experience, Fiske began her career as a journalist and then moved to marketing and corporate communications.  She has held senior communications counsel, marketing and management positions in agency and corporate settings.