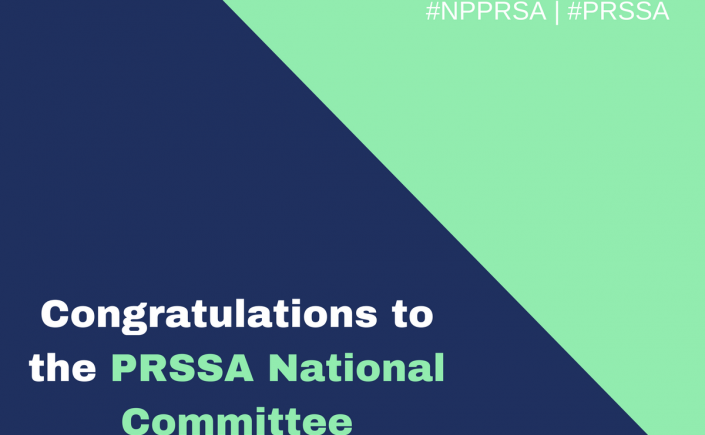 The PRSA New Professionals Committee would like to congratulate our 2018-2019 PRSSA National Committee members. We know they’ll accomplish much as members of this committee and as leaders for the future of Public Relations as they progress through their careers.

NEW YORK (March 14, 2018) —The Public Relations Student Society of America (PRSSA) announced the election of its 2018–2019 National Committee during its annual National Assembly in Miami, March 8–11.

More than 200 students and advisers from across the country and the world converged in Miami for the four-day meeting. During the Assembly, attendees participated in career- and leadership-training events, and learned about the Society, their member benefits, how to pitch public relations, and networked with their peers and public relations professionals.

The 2018–2019 National Committee, which begins its one-year term on June 1, 2018, will be led by National President Andrew Young, of Middle Tennessee State University. Young previously served as vice president of external affairs.

*This is a regular transition from the presidency.

About the Public Relations Student Society of America (PRSSA)

The Public Relations Student Society of America (PRSSA) is the foremost organization for students interested in public relations and communication. Founded in 1968 by its parent organization, the Public Relations Society of America (PRSA), PRSSA includes more than 10,000 student members and advisers and is active on more than 350 college and university campuses.